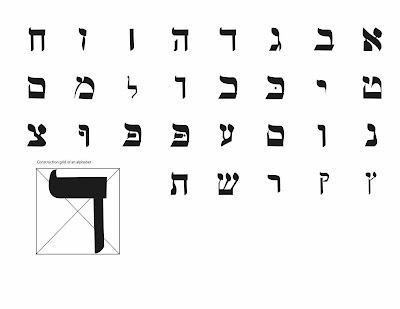 For our alphabet project I decided to create the hebrew alphabet in illustrator, using one specific letter as the "root" to build the rest of the letters. The Hebrew alphabet has 22 letters, five of them have different forms when they are used at the end of a word. Hebrew is written from right to left. There are a lot of orthographic variants of each letter, so for this example I decided to do a serif typeface of the alphabet.
Posted by Nicole at 9:53 AM